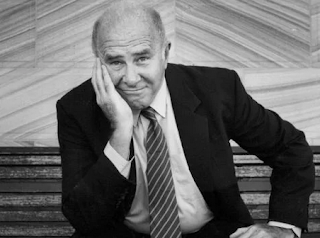 “All I can do is turn a phrase until it catches the light.” When Clive James died last November, at the age of 80, newspapers and websites, along with a rump of literate tweeters, paid him the highest compliment a writer can receive. They quoted bushels of his best sentences, including that one. He was gone, but his phrases were still catching the light. Sometimes it was hard to tell whether they came from his poetry or his prose. He had always hoped to be remembered as a poet. In the epigraphs to his Collected Poems, he quoted Horace: “If you rank me with the lyric poets, my exalted head shall strike the stars.” Whether James will be ranked that way it’s too early to know. But maybe we saw hints, in those first responses to his death, that the distinction between his verse and his prose will come to seem unimportant, in the long run. Maybe he’ll be remembered as a phrasemaker of genius, who dispensed his mini-masterpieces in an unusually various range of delivery devices. The phrase quoted above originated, as it happens, in one of his memoirs. But it was poetry, wherever it came from.

In several senses, poetry always came first for James. The earliest piece in his Collected Poems was written in 1958, when he was nineteen. And poetry came last, too. During the final decade of his life he was in desperately poor health, battling a cancer that went in and out of remission, as well as a disease of the lungs that cruelly hampered his ability to breathe and talk. In those straits, longer forms of expression were beyond him, and the short poem again became his favoured refuge. Moreover, his verse had found its last great theme: his own mortality. [keep reading ...]
Posted by David Free at 5:01 PM