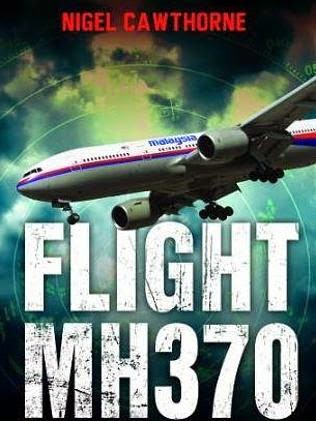 Originally published in The Weekend Australian, June 21-22, 2014
Common sense suggests that a book about Flight MH370 produced so soon after the plane’s disappearance is unlikely to be any good. One fears, too, that anything less than a good book will be an exercise in bad taste. There are people for whom the mystery is also a tragedy, of a terribly ongoing kind. Their distress does not oblige writers to fall silent, of course, but it commands respect. If you’re going to write a book about this case, you’d better do a decent job.
Into this daunting terrain saunters the Anglo-American writer Nigel Cawthorne. I admit I’d never heard of Cawthorne before I took delivery of this book, but how bad could he be? The back cover says nothing about him except that he is “prolific” – a slightly ominous way of describing a writer. On the web, the signs get more ominous still. It turns out that Cawthorne’s oeuvre, which is indeed uncommonly large, contains such titles as Amorous Antics of Old England and Sex Lives of the Famous Gays.
Still, one was ready to give him the benefit of the doubt. One stopped bothering around the middle of page three, where Cawthorne offers his shambolic first account of the moment when MH370 lost contact with the ground – the key moment, that is to say, of the whole affair. We know that the flight made its final radio transmission to Malaysian air traffic control at 1.19am. Cawthorne gets that part right. From there, things get a bit garbled:

Around a minute later, the transponder that identifies the aircraft to air traffic control via ground radar was switched off. It was last seen on radar at 1.30am (17.30 GMT) 140 miles (225km) northeast of Kota Bharu, at the northern tip of Malaysia, around the point where the South China Sea meets the Gulf of Thailand. Then MH370 lost contact with Subang air traffic control one minute before it entered airspace controlled by Vietnam.