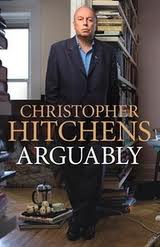 With all its lightness and frivolity it has one serious purpose, one aim, one specialty, and it is constant to it – the deriding of shams, the exposure of pretentious falsities, the laughing of stupid superstitions out of existence … Whoso is by instinct engaged in this sort of warfare is the natural enemy of royalties, nobilities, privileges and all kindred swindles, and the natural friend of human rights and human liberties.

Railing against the death cults, Hitchens has stood up unapologetically for life and liberty. If he hasn’t laughed superstition out of existence yet, that isn’t for lack of trying. It would be a sad day for literature if his campaign were to end prematurely. But even if it does, we know already that his laughter and his derision will endure.