Are literary biographies bad for you? 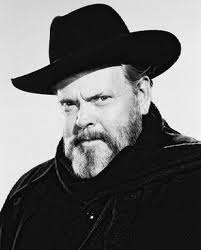 Late last year, Clive James published The Blaze of Obscurity, his fifth volume of memoirs. The book was an amusing enough diary of James’s working life in TV, but it confirmed one’s feeling that the Unreliable Memoirs are getting less and less personal as they proceed – to the point where they feel, at places in this latest volume, as if they’ve become a mechanism for shutting you out of the author’s inner life. As a long-time fan of the memoirs, I find it hard to be thrilled about their diminishing frankness. But I think I can see why James has found it necessary to throttle back on the intimate revelations. For a couple of volumes now he’s been dealing with the part of his life that involves his family, whose right to privacy he has always staunchly defended. Moreover, he has always objected, as a critic, to the way that fame culture fails to distinguish between a celebrity’s public and personal life. So it shouldn’t surprise us that his memoirs, especially lately, have followed the principle that there are certain things about the author that the reader is not entitled to know.
In the information age, this is an unusual principle to have ... [read more]
Posted by David Free at 4:11 PM