What if Di didn't die? 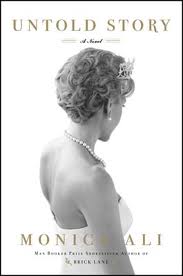 Imagine Diana didn’t die in Paris. Imagine the Mercedes made it through the Alma tunnel unscathed, and drove on into a parallel world: one in which the Princess, wobbling on the brink of madness, has decided to end things by faking her own disappearance. A few weeks later, then, she vanishes during an ocean swim, and is presumed drowned. While the world mourns, a trusted adviser smuggles her into Brazil, where she undergoes rigorous facial reconstruction. She then settles in America, where she has lived in blissful obscurity ever since.
This is the premise of Monica Ali’s third novel, the absorbing Untold Story. The plot sounds like the basis for a potboiler, but Ali has written a thoughtful book about a serious theme: the insanity of celebrity culture. Exercising the novelist’s right to imagine, she has tried to get inside the head of the biggest celebrity of our age. It’s a bold move, and it will offend people who have made a quasi-religious idol of the late Princess. But the artistry of Ali’s execution justifies her risky choice of material.
In 2007, as the tenth anniversary of her disappearance approaches, Ali’s fictional Princess is living in a small American town called Kensington, like the Palace. She works in a “Canine Sanctuary”, and goes by the name Lydia Snaresbrook. (Crossword buffs will notice that her new forename contains the word “Di”, hiding inside a homophone for “liar”.) She has a boyfriend who chops wood, and a ring of girlfriends with whom she can engage in endless chick-chat. She yearned for a banal suburban life; now she’s got one ... [read more]
Posted by David Free at 3:30 PM