On O, by Anonymous 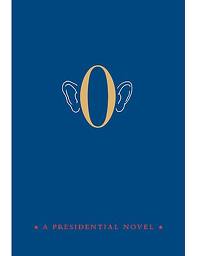 The author of this book was never going to stay anonymous for long. Once his publishers had put it about that he was a well-connected Washington insider, it was only a matter of time before the American press unmasked him. He has now been identified, pretty conclusively, as one Mark Salter, former speechwriter to John McCain. But by the time his cover was blown, Salter’s brief spell of anonymity had done its job. Buzz had been generated. The book was mainstream news.
Back in the Clinton era, the same gimmick worked for Primary Colors. But in that case, there was a substantial novel at the centre of the fuss. In this case, there isn’t. O is an inept and boring book. Its title is an abbreviated version of the sound I made every time I had to read some more of it.
The novel is set in the near future, during the campaign season of 2011 and ’12. America’s first black President, the annoyingly named O, is running for re-election. His Republican opponent is Tom Morrison, retired four-star general, all-round model of rectitude: a Roger Ramjet type who lacks Ramjet’s second dimension.
“Sometimes,” says the book’s back cover, “only fiction can tell the truth.” Yes, but only when it’s any good. Bad fiction always tells less than the truth. A skilled novelist could furnish insights into Obama’s character that a journalist couldn’t. But Anonymous isn’t a skilled novelist. His portrait of Obama isn’t fictionalised at all; he doesn’t inhabit him as a character. O is just the external Obama we’re already familiar with, minus the last four letters of his name. He drops one or two f-bombs, and smokes the odd durry out on the Oval Office patio. Otherwise he doesn’t behave more controversially than the Obama you see on TV ... [read more]
Posted by David Free at 3:28 PM